As we reported, at the Playstation Showcase 2021 event that took place on September 10, Rockstar threw a “cold water” in the face of the gaming community when bringing a trailer not of GTA 6 but of GTA 6. “GTA 5 old man”. Immediately, the gaming community was not very interested in this version of Grand Theft Auto 5 Expanded & Enhanced when the number of Dislikes increased rapidly. Up to now, after 5 days of release, the trailer has reached more than 119 thousand Dislikes, becoming one of the game trailers with the most Dislikes in history.

Before the latest generation of consoles PS5 and Xbox Series X / S go on sale in 2020, Rockstar Games has announced that it will officially launch an enhanced version of GTA 5 on the new hardware system. It will be a graphically improved version to make GTA 5 and above more polished on the new generation of consoles. However, at the PlayStation Showcase 2021 last week, Rockstar Games threw a “cold water” in the face of the gaming community when bringing a trailer that looked no different from the PS4 and Xbox One versions from a few years ago, with the only major change being “seamless character switching”.

After its release, the trailer immediately received a backlash from GTA series fans as well as the worldwide gaming community. Specifically, up to now, after 5 days of release, the trailer of Grand Theft Auto 5 Expanded & Enhanced has officially reached 119 thousand Dislikes on PlayStation’s Youtube channel. Meanwhile, Rockstar Games’ Youtube channel is not much better with the number of Dislikes reaching 113 thousand. 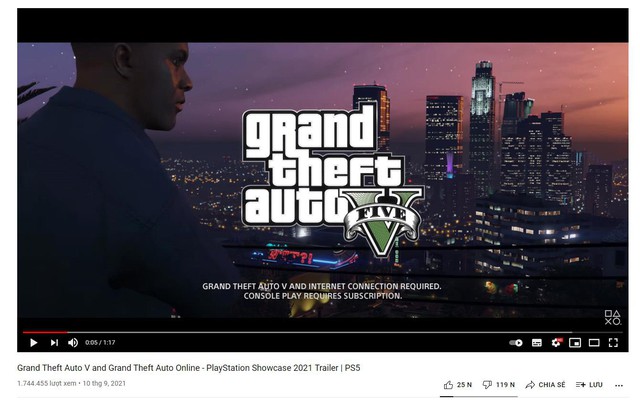 When reading the comments of the Grand Theft Auto 5 Expanded & Enhanced trailer on Youtube, we noticed that many gamers were angry and unhappy about this trailer. For example, a gamer with the nickname Chris Faille said:

“I love how people dislike this trailer, people are tired of Rockstar milking a game that has been out since the PS3 era. The Enhanced version is like a joke, it’s no different from PS4 Pro. I hope that this version will not sell and Rockstar will realize that they are disrespecting the fans and they have to focus on developing GTA 6 seriously.” 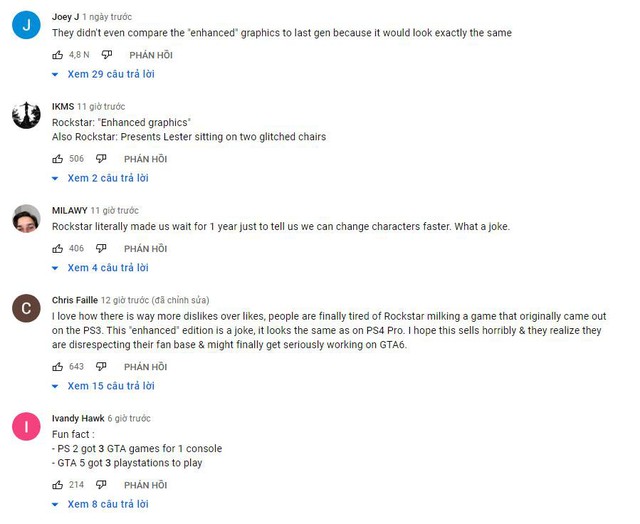 The reason for this negative reaction can be seen in the comments of the gaming community. Many gamers are not satisfied with the image quality in the new versions of GTA 5 because it is no different from playing GTA 5 Max Settings on PC. There are also a lot of people who believe that the PS5 and Xbox Series X/S versions of GTA V will be expensive versions compared to those meager upgrades. 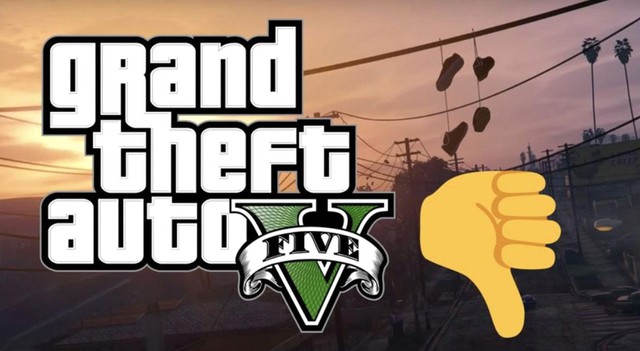