Strategy games so far have always brought a sense of excitement to players. You will be in charge of a talented leader leading your army against cruel enemies. Strategy games always stimulate gamers because it requires thinking ability and creativity. In particular, good strategy games bring the most realistic and complex features for players to have a more realistic experience. Here are the top 10 best turn-based strategy games on Steam 2021 for you to satisfy your passion.

Wildermyth is one of the most sought-after turn-based strategy games on Steam 2021. The combat element in the game focuses on coordination and reasonable movement, if possible, taking advantage of the surrounding environment as much as possible. good. With special mechanisms like Walling, Flanking, or using magic to turn the situation around… you can transform the game according to your purpose without being constrained to a certain framework. In particular, the game also allows you to play co-op with 4 other people, each of whom can customize and control their character to cooperate in the best way. 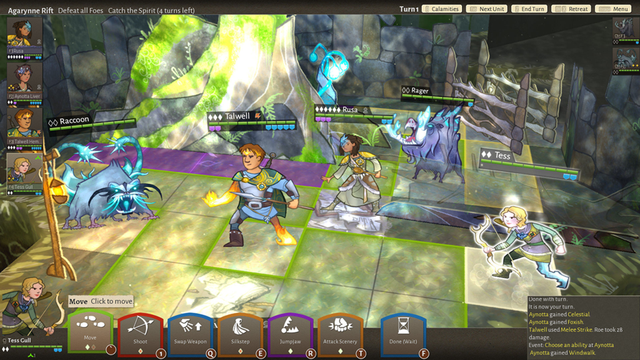 On the journey, the team members will gradually become brave warriors, brave to fight the monsters, ready to confront the mysteries that await ahead. Thanks to the addition of role-playing elements, each character has their own personality, and each of your choices leads to different outcomes, boosting the storyline in the game. The scenery and characters in Wildermyth are all hand-painted and drawn in a unique Papercraft style, so the graphics are also a unique feature of this game.

The game is set in the year 3025, when the galaxy is caught in a constant war between aristocrats and giant robots called BattleMech. You will be commanding your own group of mercenaries along with MechWarriors who control BattleMechs. Along the way, you will be able to upgrade the base, sign mercenary contracts with the “big hands”, repair and maintain the BattleMech. Simultaneously implement a series of combat tactics to destroy the target, win the victory.

In the game there are more than 30 BattleMechs equipped with various items, allowing you to freely customize or even craft the BattleMech to your liking. Besides, players also have to know how to take advantage of the terrain, move wisely to make sure the victory is in their hands, but just relying on BattleMechs alone is not enough.

In case you want to test new tactics, the game also has an AI mode for you to test comfortably. Or if you want to compete against generals, Battletech also supports PvP multiplayer, allowing you to confront other gamers around the world.

The Three Kingdoms is always an endless topic for cultural products from novels, movies, comics, plays, etc. to it all. The game is also among them, and Total War: THREE KINGDOMS is probably the most worth playing of the Three Kingdoms-themed games.

The game fully recreates the classic battles of the Three Kingdoms period with “legendary” characters such as the 3 brothers Luu-Quan-Truong, Cao Cao, Zhuge Liang, Lu Bo, Trieu Tu Long… All you made in the game only to aim at the ultimate goal of reunifying Trung Nguyen.

Total War: Three Kingdoms is the perfect combination of real-time strategy and turn-based strategy elements. Another good thing about this game is that you can both send troops to fight with a very large number of troops, but you can also “zoom” down to monitor the battlefield with extremely high detail. If you like strategy games, Total War: Three Kingdoms is still worth playing in 2021, go to Steam and “beat” it.

Basically, Divinity: Original Sin 2 is the video game version of the popular Dungeons and Dragons board game. So even though it’s an RPG game, it still retains the core turn-based strategy element of the board game.

In Divinity: Original Sin 2, not only does the vast fantasy world cost you hundreds of hours to play, but more importantly, it encourages players to think creatively. More precisely, every time you break the rules to complete the goal, you will receive a corresponding reward. And when the NPC characters and the enemy know that you are circumventing the law, there will be corresponding turns to deal with.

You are free to kill, or persuade others to let you continue on your journey. You can choose one of the characters available in the game with different stories, or create your own character and bring together 3 other friends to fight.

Whether playing in easy or hard mode, being an Elf Ranger or Undead Conjurer, a good adventurer or a notorious thief… Divinity: Original Sin 2 is still a great fantasy world for you to immerse yourself in. in there for hours. In short, if you are looking for a turn-based strategy game worth playing on Steam in 2021, this is a game worth trying.

Civilization has always been famous as a strategy game series that you will need to spend a lot of brainpower to play. Your goal is to lead your country from the beginning, surpassing all opponents to reach the pinnacle of civilization. You will not only need to plan for the next 10 moves but much more, sometimes hundreds of turns to maintain the advantage over the opponents. Because the opponent will also do the same to take advantage of the hand. In which, Civilization 6 is the latest game series, the most beautiful graphics and the most detailed gameplay. Although released in 2016, but by 2021, Civilization will always be at the top of the turn-based strategy game genre on Steam.

Winning in Civilization is always extremely difficult, when you have to try to achieve the goal, not to be left behind, and towards victory. With a randomly generated world after each replay, your game experience will always be different. The replay value of Civilization 6 is similar to Go, no matter how many times you play, you will still have to make different moves, and that will make you try many times.