FIST: Forged in Shadow Torch is the story of the rabbit Rayton, a resident of the city of Torch, home to many different animals. Six years ago, during an invasion of the robot legion, the city of Torch fell and fell under the rule of a draconian colonial system. 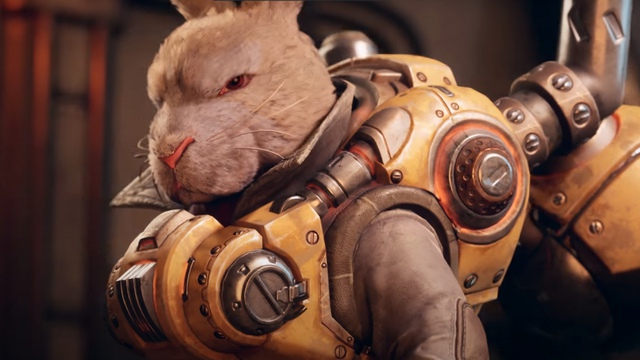 After failing to protect the city, a few soldiers of the resistance had to remain anonymous. Among them was Rayton Rabbit, one of the best warriors. Thought Rayton was out of the war, but after a friend was captured, the rabbit warrior had no choice but to attach a giant robotic arm and return to battle. Starting from here, Rayton is caught up in a spiral of intrigue involving the mafia, insurgents and the machine corps.

FIST: Forged in Shadow Torch has many directions of a Metroidvania game combined with advanced graphics. The map of the game is very large with many different environments for players to explore.

The combination of Dieselpunk art graphics and oriental-style architecture has created a magnificent Torch city, highlighting the fierce conflict between the animals and the mechanized army. Powered by Unreal Engine 4 with extremely detailed textures, FIST will bring stunning 3D visuals and take the Metroidvania genre to the next level.

For more information about this game, you can visit here.