The 10 most popular and most played games by gamers on Steam as of the time of writing. Of course, “one tree should not be young” but if “several hundred thousand trees” play the same game, of course that game must be good and attractive, right guys. Without wasting your time, here are the top 10 most played games on Steam so far in 2021. 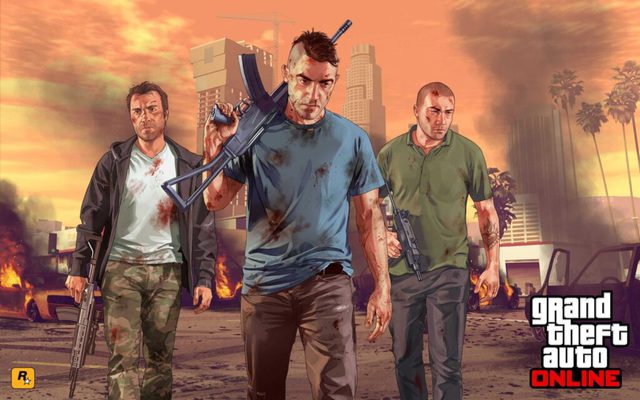 The name sounds strange, but this is the GTA V Roleplay (FiveM) mod, guys. Due to the nature of GTA V Roleplay is a mod of GTA V, you will not be able to just log in and play. To participate, you will need to download the FiveM installer and use it to connect to the servers and play online with others.

This mod is extremely popular in Vietnam thanks to the participation of many famous streamers such as Do Mixi, Bo “green”, Mimosa, Rip113. In the mod, you will be playing the role of characters created by the server and become a citizen of the city of Los Santos. You can earn money to buy a house, buy a car, get a medical check-up… interact with other players like a real society. In particular, all doctors, engineers, and police officers in GTA V Roleplay are other players, not regular NPC characters. This is also the reason why GTA V in general and the Roleplay mod in particular are played so much by Vietnamese gamers, especially in 2021 (according to Steam).

Although launched in 2007, Team Fortress 2 still retains an extremely large number of players. This FPS game, developed by Valve, is the next version of Team Fortress Classic released in 1999. The game has lively animated graphics and extremely funny and chaotic gameplay. The diverse and interesting weapon system creates many interesting experiences for players. For you to imagine, it’s like the animated version of CS: GO. In addition, because the game is quite old, the configuration required is extremely light, almost any PC these days is good.

The game has a ranking mode (rank) so that the shooters can compete against each other. This is also a model for games like Valorant, Overwatch to learn and continue to develop. At the time of its release, many game sites rated Team Fortress 2 as a timeless game thanks to its explosive combat elements and extremely humorous characters. Team Fortress 2 is also said to be the game that initiated the trend of smashing money and spinning chests. At launch, the game still did not have this mechanism, but in 2011 Valve added a system to sell items, especially hat skins. So the family members raced to beat the money to own for themselves magical and unique hats, showing them off to friends, they would cross their eyes no matter what. That’s why Team Fortress 2 is still on the list of top games on Steam 2021 because of that.

NARAKA: BLADEPOINT is a Battle Royale game in my opinion that is good and plays very well. However, despite the name Battle Royale, this game will not be like the experiences you have experienced in previous survival games of the same genre. A match will have a total of 60 players in all and each team will consist of 3 people. That means you will join 2 brothers recruited from four directions to form a team to find the top hegemony in the world. And of course the game is set in the Middle Ages, so when you enter the battle, you will not find a sniper gun or a grenade, but instead you will go loot weapons such as short swords, katana, bows, crossbows and more. dragon knife… and so on. In addition, weapons can also be damaged so you need to watch and repair it after each battle.

Also because of the unique and novel gameplay, Naraka attracts a large number of gamers from the development of the beta version until the official launch on Steam. In the context of the Battle Royale game genre using modern guns and weapons being saturated today, it doesn’t matter when a Battle Royale game takes the old swordsman theme mixed with magic elements. and the gods of Japan and China… can attract players like that. The proof is that after only a few days of official launch, Naraka easily captured the top 10 most played games on Steam.

This is a very popular survival game on Steam 2021 thanks to its realistic and novel gameplay, a combination of 3 popular games, Dayz, Arma 2 and Minecraft’s “crafting” mode. Your main task is to survive in the wild with the resources you collect or steal from other players. If you don’t like stealing, you can rush into each other and take all of the opponent’s items. In addition, you also have to pay attention to basic human survival factors such as water, food, health and other threats that are lurking, such as cold spells at night.

What’s even better is that you can try to survive with other players. You will have a lot of games to do and many things to play, from crafting items, building buildings, hunting wild animals or cooperating and alliances with other players… Everything you do is for a living. past the moon. Because of such realistic, attractive and creative gameplay, Rust has made many people fascinated until now.

Warframe is known as a free plowing game of Digital Extremes, combining many elements such as shooting, melee, open world… At the same time, this game also has a very sci-fi storyline. good anymore. In the game, you are a character participating in a journey to explore the universe. There are many quests to complete, and most of the story in the game unfolds according to your choices, it even raises profound questions about the philosophy of life.

The plowing factor is also well invested, making it easy to get caught up in the world in the game. The diverse dance system also creates many different experiences and play styles, so it’s almost never boring. You will have to farm monsters to upgrade your character, along with the hope of looting good, quality items. Using a third-person perspective, the feeling of combat shooting in the game is extremely epic, archery is also available, shooting is also available, even cutting and slashing is also available. In addition, because the character that the player controls is a ninja, you can glide like the wind and combine with horizontal and vertical bullets.

With a diverse fighting style, regularly updated content and an extremely beautiful graphics background, very well optimized for many configurations, Warframe is in the top Steam game 2021 as well.