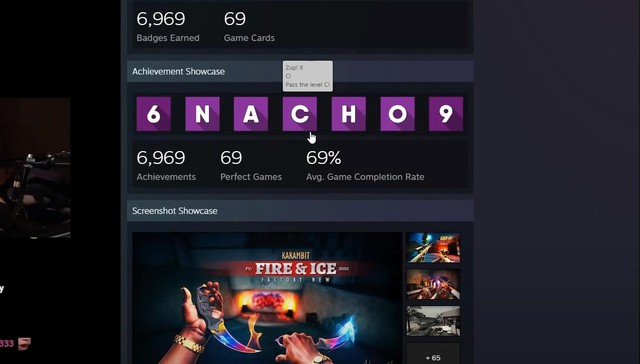 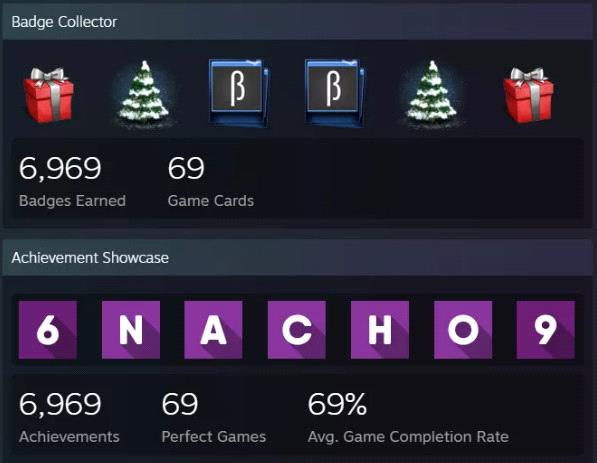 More specifically, Alex used a game called Zup to spell his Steam account name in the Achievement Showcase section, and of course that name is related to the number 69, specifically 6NACHO9. In the Achievement Showcase section we can also see that Alex’s account has 6969 achievements and completed 69 games perfectly. What makes everyone surprised and admired is that somehow, Alex has an average game completion rate of 69%.