Specifically, recent reports for a period of 24 months through August 2021 indicate that GTA 5 generated $ 911 million in revenue in 2020. An even more impressive number than what it achieved in in 2019 when it increased to 53.11%. When we break this amount down, we can calculate that Rockstar can earn more than 2.5 million USD (equivalent to 57 billion VND) per day and 1733 USD/per minute.

So, if gamers are wondering why that GTA 6 release date is still so far away, there really isn’t much incentive for Rockstar or Take-Two to release a GTA sequel as the current version of GTA V continues. continues to outsell most recently released titles.

If all of that isn’t shocking enough, it looks like 2021 will be an even more bountiful year for GTA 5, GTA Online, and even Rockstar. As GTA Online has had some big updates this year, including the recent Los Santos Tuners update. Gamers when playing will “pour” a lot of money to have their own casinos.

Internal reports have made it clear that GTA 6 is in development at this point, although it may still have a long way to go. In a recent interview, Take Two chief executive Strauss Zelnick told investors that the company wants to pursue perfection or manageability with all of its titles. 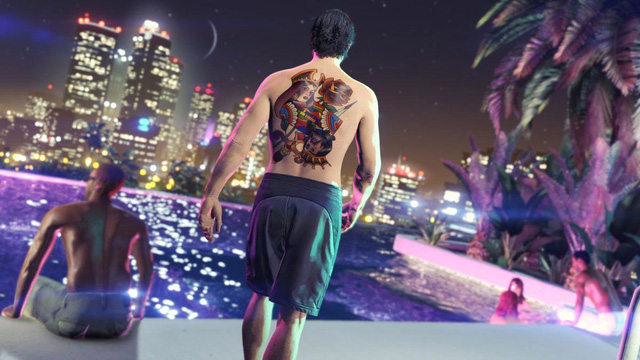 It is known that GTA V is a perfect product from “A to Z”. Possessing top-notch graphics, excellent gameplay, along with engaging game content, GTA V is really a game that gamers must play once in their life if they don’t want to regret it. It is rare for a game company to be so crazy that it recreates the entire city of Los Angeles to every small detail like Rockstar. GTA V’s level of detail is most evident in the PC version from a first-person perspective, and with the new Director Mode players can even edit movies from the game. With a deep storyline, great multiplayer and above all a place where everyone can have fun, GTA V is one of Rockstar’s greatest masterpieces to date.