The starting point does not say how far we can go, as well as many games that are not invested much but still succeed and bring in huge amounts of money for developers. Here we will take a look at 10 prominent names among the games that have a modest budget but bring in revenue no less than blockbuster games.

The miracle created by these games is too different from the rest of the world. Hope can bring you hours of interesting entertainment.

Hollow Knight gives players the feeling of an art experience, not a fighting game. Animation, sound, character creation, gameplay mechanics… all bring a very “chill” style. The game is slow-paced, the boss is not too difficult, but it is certainly not easy and especially does not allow difficulty adjustment. That shows that even though it is just a 2D game with a scene, Hollow Knight is also very well balanced, you will feel challenged in some situations, but there are also times when riding horses to see flowers and experience. game in a relaxing way. 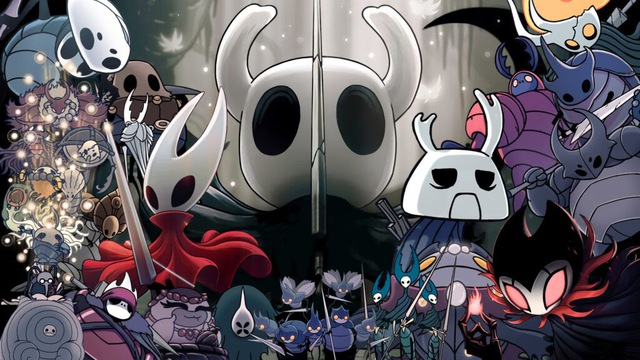 In general, Hollow Knight brings many different emotions, sometimes relaxing, sometimes overflowing, sometimes majestic and sometimes lonely. Follow gamingbolt.com, Hollow Knight was developed with a very small but active team. With its essence of a great game plus a relatively comfortable $15 price tag, it’s no wonder that it has sold over 2 million copies as of December 2020.

Dead Cells is a horizontal scrolling role-playing game. The story is about a young man who is a hybrid of Cyclop and Ghost Rider who goes everywhere and cuts everything that moves. With a fast tempo, varied weapons, rhythmic movements and engaging gameplay, the game was critically acclaimed. Dead Cells also creates a highlight with epic boss fights and fun Pixel-class graphics that are extremely eye-catching. And because it’s a 2D game, it’s extremely light, and you can perfectly balance it with systems or laptops without discrete cards smoothly. However, there is one point to note that if you die, you will play again from the beginning, so try to save your life.

This is also considered one of the best Roguelike Metroidvania games of all time. That’s why this indie game can become famous all over the world and earn millions of dollars for its developer.

Many games that are not considered blockbusters have cost more than 10 million dollars in development costs, but it does not always require large investments to make a lot of profit. And Stardew Valley is the clearest example of that. This is a farm management game with pixcel graphics. The main goal of Stardew Valley is to build a farm and restore Stardew Valley. You can grow crops, raise livestock, cook, fish and craft the items you need to build your own farm.

The game was released on February 26, 2016. After just two short months, Stardew Valley has sold more than 1 million copies. By the end of 2016, it had sold 2 million copies on Steam. It is estimated that the game’s revenue must reach $25 million on PC alone. If you include platforms such as iOS, Android, Xbox One and PS4, the game’s revenue can reach 50 million dollars. However, it was only 2016, by the beginning of 2020, the game had sold up to 10 million copies on Steam, a desirable number with many blockbuster titles. Even more surprising is that this game was developed by only one person, so it is not known how much the actual development cost is.

If you are bored with the usual soccer game and want to change the wind with something more interesting, you should try this game. Basically, Rocket League is still a football game but it is extremely different. In the game, instead of controlling the player, you will be driving rocket-powered cars, which can fly and jump even more horror than Batman cars. Your goal is to coordinate with your teammates and hit the ball so that it flies to the opponent’s goal. With a fast tempo, beautiful graphics and impressive gliding balls, this game can surely bring you moments of quality entertainment.

In just 2 years since its launch Rocket League has attracted more than 10 million players and has become one of the most popular Esports titles. It has since gone on to generate millions of dollars in revenue from player purchases in the game. This achievement is really not bad at all for a game with a development budget of less than 2 million dollars, even many blockbuster games are envious.

Terraria is a farm building game launched in 2011 on PC, then ported to many different platforms. The game has an extremely large environment, basically it allows players to do whatever they like, just like in Minecraft. You can stay at home to garden or grow plants, or step out into the outside world to discover many interesting things, collect materials to make your own projects. In general, the limit depends only on your level of creativity.

As of May 2019, Terraria has sold more than 27 million copies across all of its platforms, including PS4, PS3, PS Vita, Xbox One, Xbox 360, Nintendo Switch, Wii U, Nintendo 3DS, PC and Mobile . On PC alone, sales have reached 12 million copies sold.