Recently, Kingston sold its HyperX-branded gaming gear to HP and they also renamed the top-of-the-line RAM for gamers to FURY. The most typical for the strategy of focusing on gamers and “tech people” is the name Renegade with a super-high clock speed of up to 4600Mhz. Here we will unbox and quickly experience the performance of the pair of Kingston Fury Renegade RGB 4600 16GB (2x8GB) version to clearly see the horror of this “beast”.

Usually, the DDR4 RAM pair has a speed (or called the bus) of only about 2666Mhz, advanced users can fight 3200 – 3600Mhz pairs, which is already very fast. That’s why the Kingston Fury Renegade RGB can go up to 4600Mhz without manual overclocking which is really a big surprise in the market. 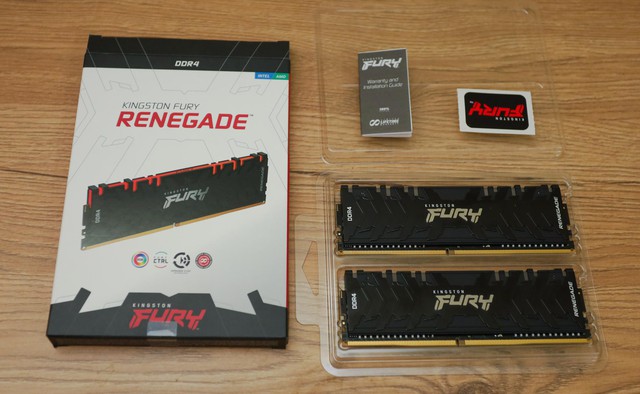 The box as well as the accessories of the Kingston Fury Renegade RGB 4600 look quite simple with outstanding product images on the familiar red and black tones. NSX comes with a FURY sticker and a user manual. 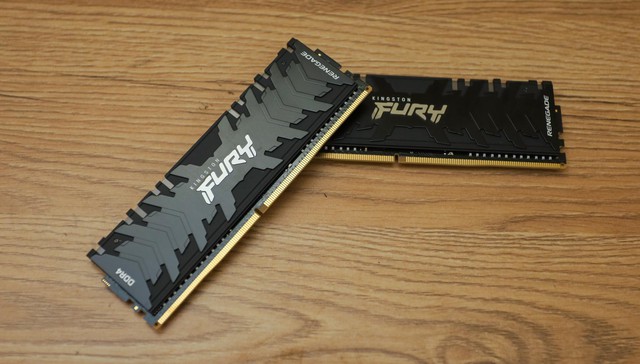 The design of the Kingston Fury Renegade RGB 4600 RAM pair is really familiar to gamers who have used HyperX Predator products before. Perhaps the name Fury Renegade is a direct replacement for this high-end RAM line. We can clearly see the distinctive design style with black armor, “herringbone” veins and the prominent Kingston Fury logo. 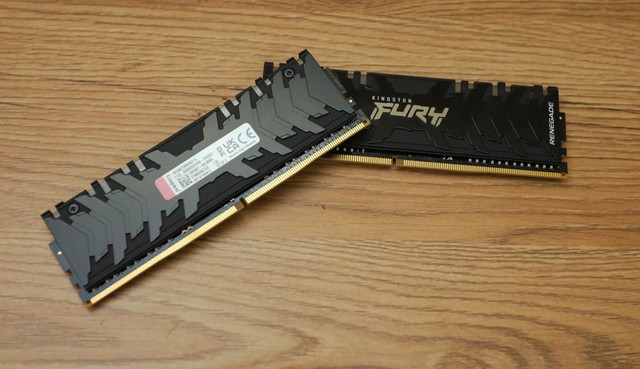 Behind us will have general information about the product including serial number, speed, certificates … 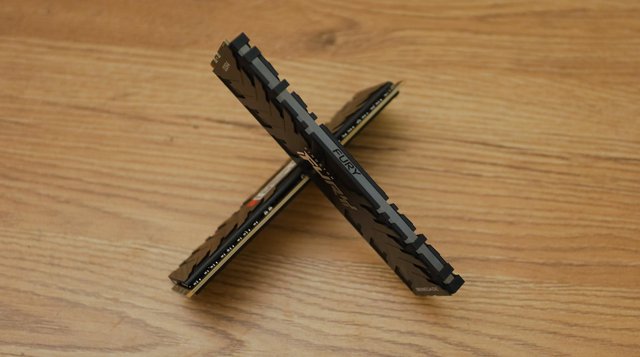 At the top is the RGB LED cluster that will shine brightly when installed in the case. NSX provides its own software for users to customize the effect called Fury Ctrl, but Kingston also works with major motherboard manufacturers such as MSI, Gigabyte, ASUS and ASRock to make this pair of RAM synchronized with the effect. lights on the mainboard, making the whole system look smoother. 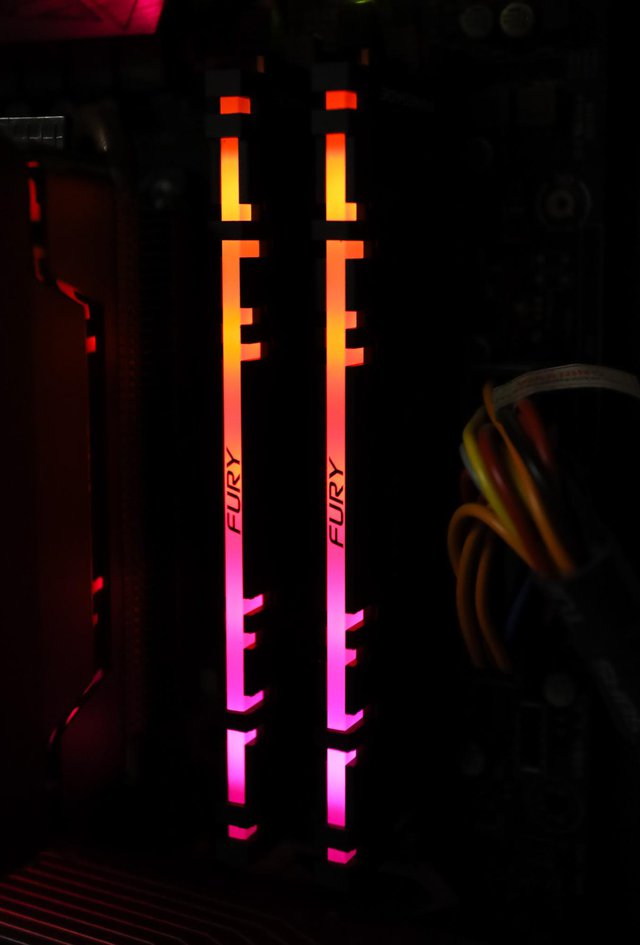 It is easy to see that the LED lighting effect of the Kingston Fury Renegade RGB is quite smooth and beautiful, giving a pleasant feeling when installed in the system. The capital of the previous HyperX Predator lines has done very well, this time simply… just coming back is enough.

In terms of performance, it must be affirmed that the Kingston Fury Renegade RGB definitely stands in the ranks of the world’s greatest RAM pairs. However, in order to promote, you also need to own a powerful system of the same level.

The writer himself tried to plug in an old PC using AMD Ryzen 7 1700X CPU and X370 Mainboard, but only up to 4000 bus. After replacing it with a new combo from Intel, Core i9 11900K and mainboard ROG MAXIMUS XIII HERO Using the Z570 chipset is enough to run the 4600 bus. Perhaps with AMD we also need the equivalent combo of the latest Ryzen 9 and X570. 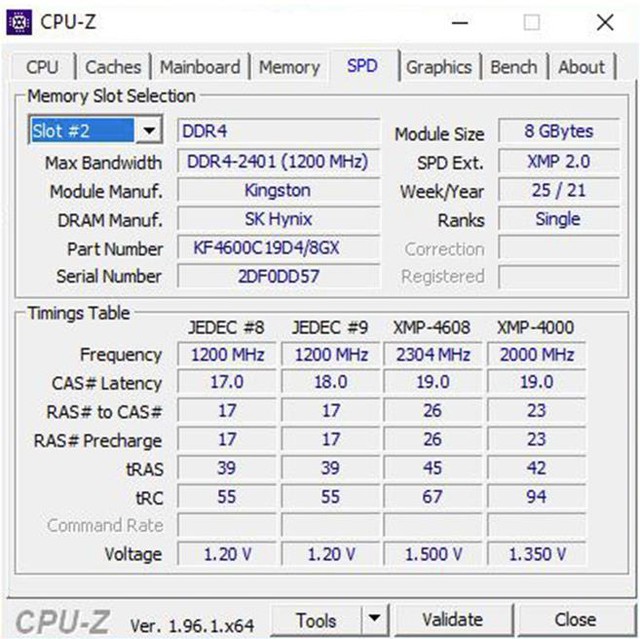 When we first install it, we need to go into the bios to configure XMP 2.0 to 4600Mhz to make the most of the power of the Kingston Fury Renegade RGB, otherwise the system will only receive the 3400 bus. 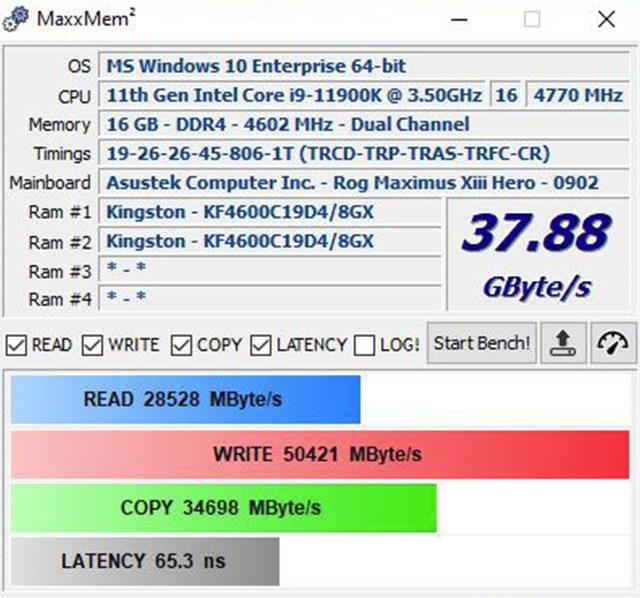 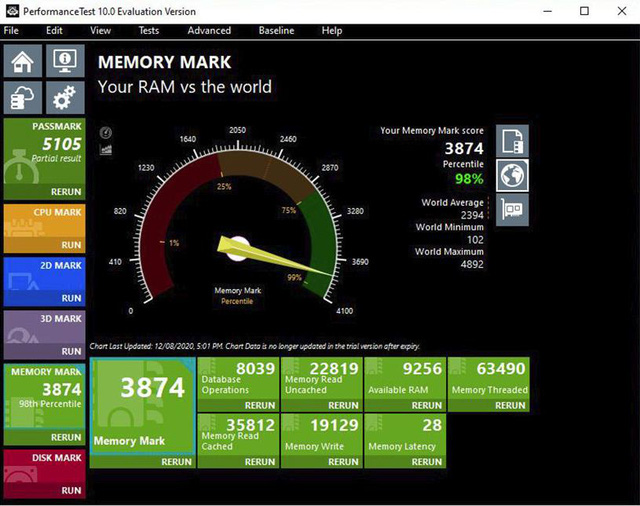 With the measurement results of PassMark PerformanceTest software, Kingston Fury Renegade RGB 4600 is in the top 2% of the world’s most powerful RAM pairs, surpassing the remaining 98%, which is scary.

Surely the Kingston Fury Renegade RGB bus version 4600 will make your super dinosaur system even more powerful: Run any game or task super fast. Of course, the price to pay is also higher than the common ground.