A very happy news for GTA fans in particular and the gaming community in general. The trio of GTA 3, Vice City and San Andreas versions will be completely remade with new graphics and gameplay. This is information revealed from Mach1Bud, an extremely reputable leaker on the world GTA forum. 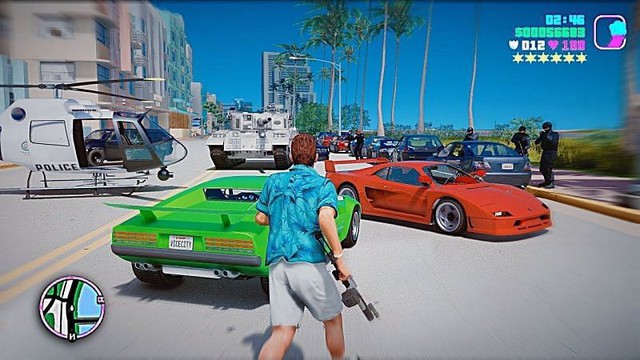 Previously, this leaker said that the aforementioned 3 will be remastered in the form of Remastered (ie only upgrading the graphics). However, the information was later corrected. Both GTA 3, Vice City and San Andreas will be Remake (in addition to the graphics, the gameplay will be remade). Mach1bud said that these 3 remakes will have a lot of elements learned from GTA Online. The graphics will be extremely high-end, far superior to GTA V (but still a bit lost to Red Dead Redemption 2).

In another move, a GTA Forums admin posted an image on Twitter of GTA Online Shark Cards fans with the number 2001/2002/2004/2013. These years correspond to the release dates of Grand Theft Auto 3, Vice City, San Andreas, and Grand Theft Auto 5 and some see this as an extra hint that a collection of Grand Theft Auto Remake titles is in the works. develop.

If this information is true, then this is indeed great joy for the gaming community. While waiting for GTA VI, we will experience the legendary GTA versions of the past.