With the first generations of the Vietnamese gaming community, it is impossible not to know an online role-playing game called Thien Long Bat Bo. At that time, Thien Long Bat Bo was also considered a legendary game, on a par with Martial Arts, Sword The, or Mu Online. 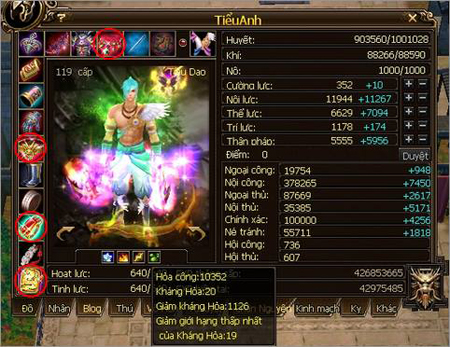 Origins of the Creatures set of equipment

Talking about the history of the Trung Lau equipment set, the publisher describes:

“The power from the Demon Realm has long made humans curious to learn and aspire to conquer. Legend has it that the spirit from the demon world has unparalleled power, sealed by the original spirit of the demon lord Trung Lou. .

These mascots carry the curse of the spirits of the four directions, the only thing capable of opening the door connecting the three realms: the upper world, the lower world, the demon world and the hidden source of boundless power. “. 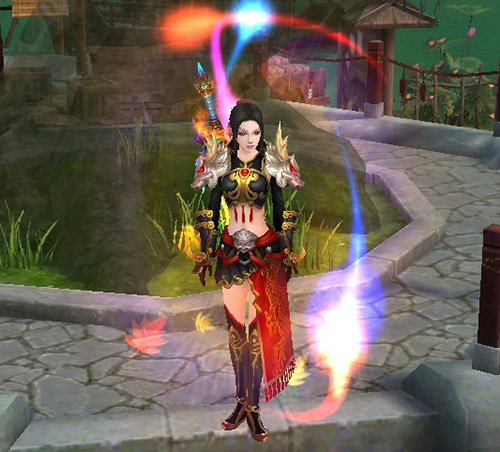 “Anyone who becomes the owner of the Chonglou, will automatically have the protection of the demon army and the whole body will understand the source of the power to shake the world.”

Effect: Hitting a target has a chance of causing yourself to fall into the state of Destruction (ignoring enemy defense), lasting 20 seconds, and reducing the enemy’s HP by 10%.

It can be asserted that, when possessing it, it is the most valuable top item among the items, regardless of whether the character is strong or weak (not too weak), when possessing it, has the ability to participate in the supplement, operation, hunting BOSS is very convenient, welcome and invited by everyone. Worthy of the most worth buying item in this game.

After the Dragon Fruit, the Chonglian is the most valuable item for the character, whether strong or weak, with the ability to cause a blinding effect (Seven Ming) to the opponent for up to 25 seconds (the longest among the items). , moreover it is also a normal chain (chain) with attributes + maximum vitality that is very suitable for combining gems to take advantage of power.

Chonglou Giap appeared in 2015 on the Pangu server. A character named BeThaoXinh is the first person in the Armored Corps with a cumulative rage point of 11245 (equivalent to about 253 million VND).

Since its launch, Trung Lau Khoi has become one of the most sought-after items in the game because of its ability to increase attack rate. The duo of Chong Lou Khoi and Trung Lau Thu will help the possessor increase his strength in a durable way: crit – overall damage. Effect: Increases the damage dealt by 15% by character

Unlike Trung Lau Lien (with a defensive bias), Trung Lau Thu has the effect of increasing the character’s ability to create damage. Of course, the character in the game that wants to be strong must have high output damage. So no matter which sect, Trung Lau Thu is always useful and highly sought after.